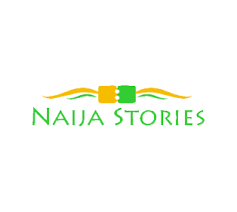 Here comes another epic story from the stable of Kogifirst Stories.

Sit back and read another thrilling, suspense and
fully emotional story. Watch out
…

Episode 1
========
The morning was cold, the leaves were wet, it
wasn’t a pleasant time to run. The city was still
asleep and it did not look like it would wake up
anytime soon. Sweat ran down his face as he ran, his muscles ached, his heart raced but he
kept on running.
Nicholas wasn’t an athlete but he ran like he
was. If he was an athlete, he probably would
have stopped running. No athlete needed to run
this hard, no athlete needed to run at this time. “Just get home” he said to himself. Home was
an old room with rusted roofing sheets. It did not
have the clean toilet, the cozy kitchen with the
gas cooker and the always cold refrigerator he
was used to. It was home nonetheless. And it
was the place Nicholas had to get to. As he ran he looked at his now familiar race
track. It wasn’t a race track until this morning
but it was familiar. It was a bush path, a narrow
bush path, rarely used by people. It was one of
the reasons he chose the path. The path looked
especially lonely that morning but it wasn’t going to set him back, he had to get home.
A light shining in the distance caught his
attention, judging by the distance it had to be
coming from his house. That was strange. He
lived alone. He had no friends and he definitely
wasn’t expecting anybody. He reduced his pace. A lot of thoughts crowded his mind. He still
had to run, but it was not right, a light?
He moved closer. There was no doubt, the light
was coming his house. In the dark his house
looked nice. The old structure had a beautiful
silhouette. He had been thinking of putting up window curtains but he had not gotten around to
it. So now he could see inside his room. There
was nobody inside as far as he could see. He
decided it was better to solve the puzzle of how
the light got to his room than to stay out in the
cold early morning. He was now very close to his house. He slowed
to a walk. Everywhere was quiet, no sound
came from his room. He could hear his heart
beating. He tried to calm himself, but no part of
him understood what calm was anymore. His
feet kept moving, but every other part of him seemed to be numb. He moved closer to his
house, his eyes seemed to have snapped out of
their numbness because now they darted in all
directions looking for any sign of movement. As
he approached his doorway, he noticed his door
was open. Now everything was becoming weird. First he thought all he had to do was get home,
now it looked like someone had been in his
room.
He entered the room slowly and quietly, looked
around, everything looked fine. The light he had
seen came from a candle burning by his bed. It was good he came when he did, his house would
have been burnt by morning.
He put down the candle and lay on the bed. He
had lived a simple uneventful life but no one will
describe his life as uneventful now. And he was
sure it wasn’t going to be simple anymore either.
Then he saw it. It was getting closer. The hair on
his neck stood, his palms were getting wet, what
was happening to him. It was close now, but he
could not move.
“Corper” he had a voice call out. Then everything went dark.
.
.
.
.

Please navigate to Appearance → Widgets in your WordPress dashboard and add some widgets into the Sidebar widget area.